The owner of the world most expensive whisky collection is a Vietnamese businessman and would cost a potential buyer more than $16 million, or about 14.5 million euros. Discover this incredible collection !

Nguyen Dinah Tuan’s name now appears in the Guinness Book of Records. This Vietnamese businessman, unknown to the general public, has a particularity: he owns the most expensive whisky collection in the world. In 20 years, he has accumulated 535 bottles of this beverage.

While this figure is not impressive in itself, since some collections can be counted in thousands of bottles, it’s the amount they would cost a potential buyer that makes you dizzy. According to the calculations of market specialists and the Rare Whisky 101 site, this collection is estimated at $13.9 millions, or about 12.6 millions euros.

Three bottles of the world’s most expensive whisky

A figure that would have to be revised slightly upwards if the premium paid by the buyer to the auctioneer in the event of an auction is included: the sum to be paid would be $16.75 millions (approximately 14.9 millions) and this is the figure used by the Guinness Book.

Nguyen Dinah Tuan owns three bottles of Macallan Fine & Rare dating back to 1926: one was recently sold for $1.9 millions (about 1.7 millions) at auction, a record for this alcohol.

There is also one of the twelve bottles of the oldest Bowmore whisky in his collection, or a bottle of a Springbank whisky from 1919. “Surprised” but “happy” about this distinction, the businessman intends to continue to expand his collection. This is the dream of almost all the whisky investor !

Nevertheless, you don’t need to spend millions to make an interesting investment because whisky remains a safe and accessible investment for everyone. 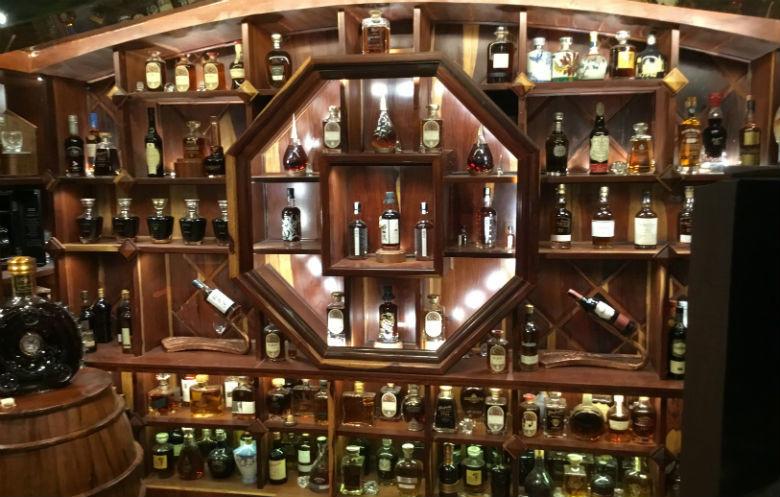 The Macallan Fine and Rare Collection

This collection is even more remarkable when one realizes Tuan has been collecting rare whiskies only since 1996. That was the year he walked into a liquor store and spotted a lone green porcelain flagon of Royal Salute 21 Year Old, an annual limited-edition blended Scotch that was originally created in 1953 to commemorate the coronation of Queen Elizabeth II.

He was the owner of the whisky store who suggested he might like to take a look at that bottle. When he saw it, he fell in love with it and decided he would buy it then and there. He certainly didn’t realize he would end up creating a world-class collection.

Today his collection includes single malt Scotches, blends and Japanese whiskies. Some of the highlights include one of only 12 bottles of Bowmore 1957, the oldest the distillery has ever released. It also happens to be the most expensive Islay single malt in the world, with a similar bottle fetching £300,000 (hammer price) at auction recently.

When it comes to Japanese whiskies, he has a bottle of the 52 Year Old Karuizawa 1960, the legendary whisky that was sampled by former malt master Osami Uchibori. He also own a bottle of Yamazaki 50 Year Old, the rarest and oldest Japanese single malt whisky of all time.

But his favorite is the Springbank 1919.

To verify the authenticity of Tuan’s collection, hi-resolution images of each bottle were examined by Rare Whisky 101, and included close-ups of the bottle closures, labels and overall condition of the bottle itself, as well as anything else that caught the brokerage’s scrutiny.

If more examination was required, a more detailed image of that particular area was analyzed. Amazingly, considering the popularity and monetary values involved with whisky collecting today, only one counterfeit bottle was uncovered. It was immediately disqualified and not included in the final bottle count. And he’s not done adding to his collection yet.

The Guinness Book of World Records made the Viet Nguyen Dinh Tuan record official on November 1. Moreover, for the record, the book decided to take into account the premium paid by the buyer to the auctioneer in the event of an auction. He therefore withheld the sum of 16.7 million dollars for this exceptional collection, or about 14.9 million euros. However, the businessman does not intend to sell a single bottle. He intends to continue his quest for exceptional whiskies to enrich his collection.

Manage Cookie Consent
To provide the best experiences, we use technologies like cookies to store and/or access device information. Consenting to these technologies will allow us to process data such as browsing behavior or unique IDs on this site. Not consenting or withdrawing consent, may adversely affect certain features and functions.
Manage options Manage services Manage vendors Read more about these purposes
View preferences
{title} {title} {title}